My first trip to the Goodwill Outlet was a disaster. Apart from finding a shoe full of poop (that’s a story for another time) I was absolutely blown away by how crazy people are.

I had been selling full-time on eBay for a couple of years but was just getting into the Amazon FBA book game and had sent a couple of hundred books in. When I remember that I could get books at the Outlet (the “bins”) for mere pennies I figured I would go and spend the day scanning books, just like I had been doing at other thrift stores.

I waited around with some other people who seemed like nice friendly booksellers while the employees wheeled out some new bins of books. The workers gave us the thumbs up to start looking through the bins…and that’s when my life flashed before my eyes. I had my phone out ready to scan books but all of the book-flippers next to be turned into rabid monsters. They were literally running up and down the aisle of bins scooping up huge armloads of books and dumping them into their carts.

Within 5 minutes it was all over.

Once I caught on to the feeding frenzy I started throwing books in my own cart as well but it was only about half full. Several of the other guys had 2-3 carts full and had managed to transfer about half of the bins’ contents into their carts to scan later.

I knew then that if I wanted to level up my eBay and Amazon selling I was going to have to make some changes. These guys were ferocious.

The Value of a Scanner

Finding inventory for flipping is all about time and speed. After knowing what to sell, the number one indicator of success for most people on eBay is the amount of time spent in thrift stores. Success on Amazon FBA is measured by the number of books scanned. If you want to make more money, scan more books.

However, that’s easier said than done. You only have so many hours in a day and so most booksellers peak at a couple of hundred dollars per day and can’t get past that. If you are a solo seller, the key to breaking that plateau is to break the system. You need to be able to scan faster if you want to make more money.

There are two things you have to do if you want to make real money: get a dedicated sourcing app that can download the Amazon database, and get yourself a portable Bluetooth scanner.

If you are using your phone to read barcodes or, worse yet, typing things in manually you are literally wasting huge amounts of time and money. With a scanner, I can scan an entire row of the books in the time it used to take me to do one tiny shelf.

Scanning used to take so much time that I was selective about the books that I scanned. Not anymore. I can get through a thrift store in half the time and typically with 2-3x as many books because I find all of the “hidden winners” that I would not have otherwise scanned.

So the natural question is, what is the best portable Bluetooth scanner for Amazon and eBay?

Well, there are a couple great options, and a less good but much more affordable option:

The first two are, by far, the most recommended scanners for Amazon FBA, book sellers, etc.

In my opinion, there is a significant difference between the two and one comes out ahead but there are very loyal supporters in both camps. I’ll give you my thoughts and some specs and you can decide which one will work best for you! 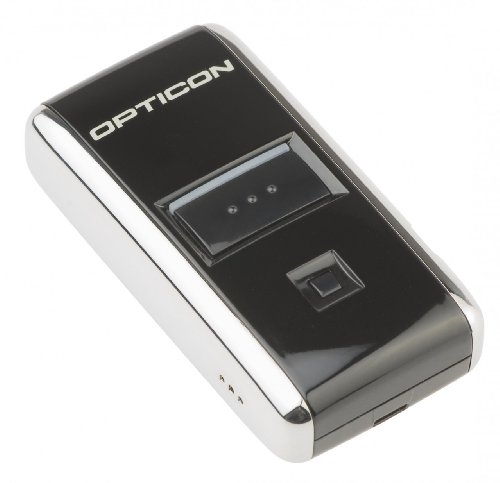 When my wife and I wanted to take our Amazon book game to the next level we looked at several different portable scanners. We didn’t have all that many requirements but there are surprisingly few name-brand options on the market. Most of the available scanners are one-off deals from Chinese companies that I had never heard of. While this doesn’t mean that they’re bad scanners it does mean that it makes customer service difficult, replacement parts are impossible to find, and it can be difficult to find objective reviews about durability, etc.

So, in the end, we went with the scanner that is suggested by almost every Instagram or Youtube bookseller celebrity. It’s not quite the most expensive scanner on this list (it’s close) but the investment was well worth it and we were able to make our money back the very first day we used it. In case you didn’t see the title above, the scanner we’re talking about is the OPN-2006 from Opticon.

So what makes it the best scanner for Amazon FBA and eBay?

After nearly a year of use, my only dislike of the OPN-2006 in the shape. I attached it to the back of my phone with a velcro command strip and I wish it sat a little flatter. However, if I would just get an armband for my phone and hold the scanner with my hand this would be a non-issue.

The OPN-2006 is the best portable Bluetooth scanner for Amazon and eBay sellers. It will help you dominate thrift stores, retail arbitrage, or whatever else you need to do! 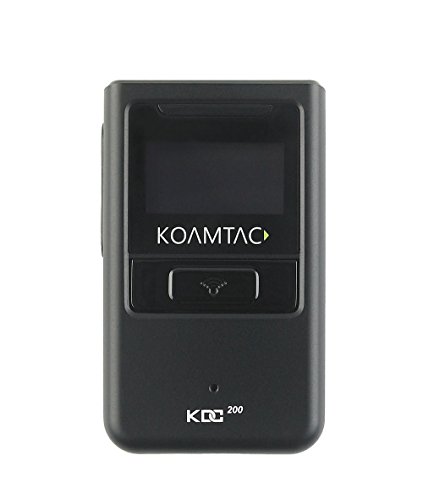 KOAMTAC makes several different models of scanners that work well for scanning books and other barcodes but the KDC200i is the best of the lot (at least for our purposes).

In function, it is very similar to the OPN-2006. In other words, it connects to your phone via bluetooth and scans all 1D barcodes.

The place where the KDC excels is in speed. In fact, it is capable of far more than you or your book scouting app ever will be. It is capable of scanning 500 barcodes per second although how they test that I’ll never know!

Battery life is in a similar range (meaning that you’ll probably run out of steam before it does).

The KDC has two other advantages as well: it’s thinner and it has a readout. While we don’t have a use for the readout, I would love a scanner that is a bit thinner than my Opticon.

However, if the specs appeal to you, I would be inclined to believe the thousands of positive reviews I had read and expect this to be a valuable addition to your reseller tool kit! 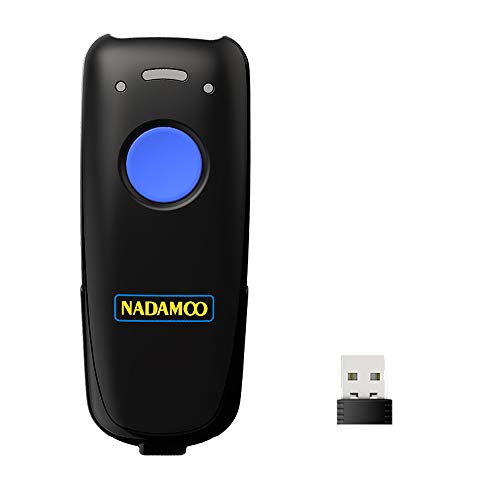 When you start investing in your business it can be a bit overwhelming. Here’s my take, once you prove the concept (meaning you’re making money) then you should invest any amount of money that will give you a good ROI (return on investment). Tools are one of the best examples of this. If it can increase your workflow even 10% it could make a difference of thousands or tens of thousands of dollars per year. However, even though that’s true on paper, it’s not always the reality. I spent a lot of time scanning with my phone and limiting the books I bought simply because I didn’t have a single extra cent to throw in. If that’s the boat you’re in, don’t worry, I still have a scanner that will up your game without breaking the bank.

Of all the rebranded generic Bluetooth scanners online that can connect to your phone, NADAMOO seems to have come up with the best one. I have seen it recommended in several Facebook groups and half a dozen YouTube channels.

When it comes to actual performance the synopsis seems to be this: it’s way better than using your phone. It’s not quite and fast, small or long-lasting as either of the above options but at a fraction of the cost, you can’t expect any more.

If you’re a tight budget but want to up your thrifting and sourcing game, get this one.

if you’ve pulled the trigger and decided to take the next step in your business, there are a few things you can do to make sure that you’re getting the most out of your scanner. I know you probably want to go sourcing so I’ll be brief:

And that’s all there is to it! If you’re willing to invest in yourself and work hard, the sky is literally the limit for earnings online. Hopefully you’ll pick up a scanner and it will make you so much money that you’ll be back to figure out which scanner to buy for your employees. But, until then, happy sourcing!