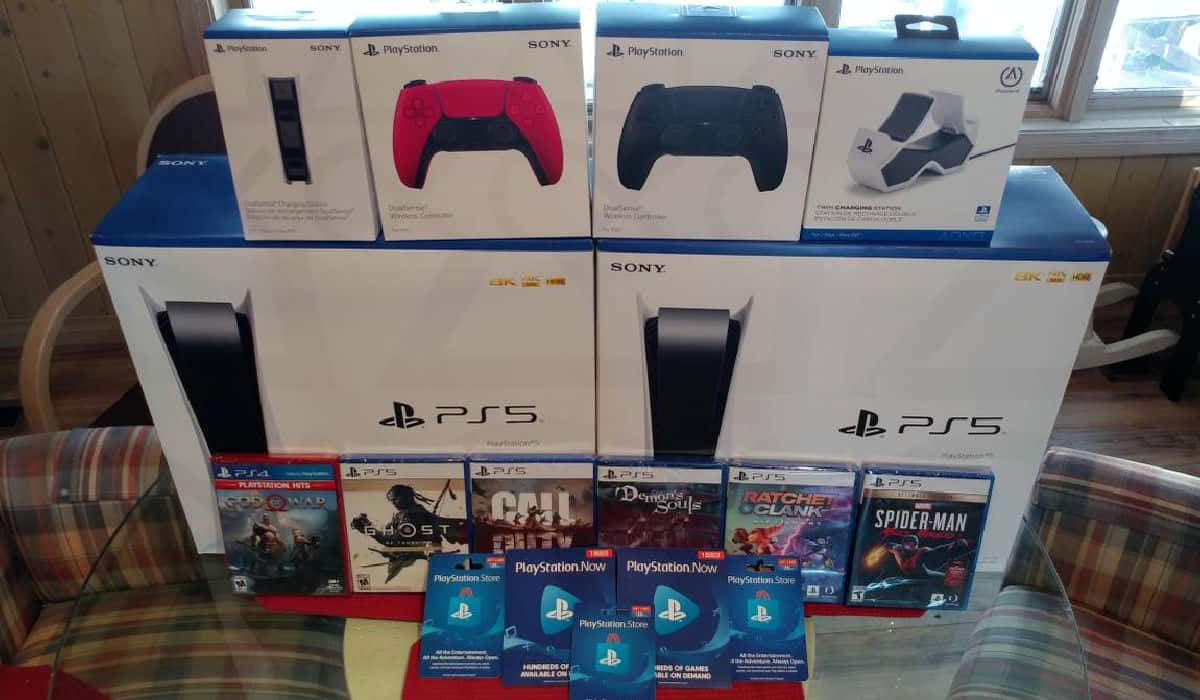 Everybody hates scalpers. But since a bunch of people seemed to hate me already I decided I might as well be hated and still be able to pay rent.

Video games and console scalping has become much more prevalent and many people see it as means to cash in on other people’s hype and make a couple of hundred bucks overnight.

And trust me, it works. There is money to be made by flipping or reselling consoles.

However, you’ll want to take just the right approach if you want to avoid losing money. So let’s talk about how exactly you can become a scalper and make money in the video game world.

How To Profit By Reselling Consoles & Games

The basics of being a reseller are very…basic. You find something that you can get cheaper than other people and sell it to them for a profit. However, it’s a bit more nuanced than that.

Here are the steps:

There are a ton of new “drops” that happen in both the console world and the fashion world that people try to profit from. If you are new to scalping you may very well get caught up in something that is only bought by other scalpers and has very few buyers. That may even mean that you have to sell your item at a discount and lose money on the deal.

Before every deal, you’ll want to put in some due diligence to make there is a market for whatever you’re trying to sell.

There are a few things that make items valuable and worth reselling:

While those items are a good starting point for scalping, none of them guarantee that the item you’re trying to flip will be profitable. You’ll need to learn the market and do whatever research you can to make sure the item will actually have significant enough demand to drive the price up.

When it comes to scalping, speed is the name of the game. You need to get your item up for sale as fast as possible.

If the item becomes readily available in stores the hype will die down and, if you haven’t sold your item yet you’ll be hard-pressed to make a profit.

A couple of years ago everyone was doubling their money scalping Nintendo Switches before Christmas. Because very few people could find them in stock the price went sky high. However, as soon as they were able to keep them in stock after Christmas the bottom fell out of the market and a bunch of scalpers were left sitting on consoles that they probably couldn’t even break even on.

The other thing that can happen is that a ton of other scalpers will come in and dilute the market. People looking to buy a console will go with the cheapest option possible and there will almost always be someone willing to undercut you. So you have to be fast.

Some people will go as far as to list their game or console on eBay with a picture of their receipt or “confirmed order” email so that they can sell it before it’s even in their hand. While this does increase the level of risk it has the potential of getting your item up for sale quickly before anyone else can.

If a scalper can’t sell his stuff first, he usually can’t sell it at all.

If you can’t compete on speed alone you’ll have to rely on some other tricks to give your item some extra perceived value.

Many console scalpers will also buy controllers, a couple of cheap games, storage cards, etc. to add to their listing. These items aren’t necessarily something that they’re trying to make money on but insurance that their item will be as desirable as possible.

Many people are willing to pay extra for convenience (which is the reason that scalping exists in the first place) and want to be able to play their console is playable as soon as possible.

So take great pictures, craft a nice title, and include a complete description that will put your potential buyers at ease.

The other advantage you can give yourself is to list your item on multiple platforms. People list their flips on Facebook Marketplace, Craigslist, eBay, Mercari, and anywhere else they can think of! Diversify and increase your reach!

Is Being A Scalper Ethical?

If you’re trying to sell a hyped-up item for more than MSRP be prepared to receive a ton of angry messages and hear a bunch of sob stories. It’s just par for the course.

However, there’s nothing inherently wrong with scalping. Reselling is perfectly legal and, in fact, is the basis of capitalism.

Is anyone made at Walmart or Target for getting their consoles for a wholesale cost and marking the price up in-store? Or course not.

Whether scalping consoles is ethical is up for you to decide for yourself.

I’ll say this, I’m not a video game or console scalper. But it’s not for ethical or moral reasons. I just know that there are much more profitable ways of making money that also add significant value to people’s lives.

Many people who want to flip money start off selling hyped-up items like consoles. However, there are better ways of making money online. Tons of people try to resell consoles which means that, after paying platform fees, most people barely come out ahead. At best, you’ll be tying up $4-500 in the hopes of making 25% back on your money.

Many resellers who cruise thrift stores are routinely able to make 5x their money by simply flipping shoes, clothes, or older electronics. There are just more things to flip and far less competition.

In fact, we’ve been able to turn $100 into $1,000 within a matter of hours several times in the past year and have made six figures selling items on eBay. None of them were new consoles.

If you’re looking to make money as a scalper or reseller, consider buying unclaimed mail, purchasing surplus/liquidation lots, or sourcing at thrift stores.

There is far more money to be made and you will be helping people get things for a great deal that they wouldn’t otherwise have access to.

So is there money to be made as a console or video game scalper? Of course, there is. You can make a good amount of money if you have some capital to invest and are able to perfect your selling strategy.

But when you eventually end up being beat and have a bunch of inventory that you have to unload for a loss, consider coming back and checking out some of our other lists of the best thrift store items to resell or fastest-selling Mercari items to grow your nest egg. Happy sales!