Although our new year didn’t start with a huge bang, it was a definite improvement over January 2018.  (In case you weren’t around, we had an unwarranted 3-day suspension on eBay that lasted from January 1st to the 3rd…) Sales were up around 10% from last year at this time, which is probably a testament to our conviction to move away from thrifting to more liquidation and wholesale lots.  However, the majority of what we sold came from thrift stores because that’s what our eBay store and death-pile are still full of.

It was a slightly slower month for clothing (since we’ve fallen hard for hardgoods lately), but we’ve still managed to put up some decent numbers.  Here are some of our more interesting/profitable eBay sales from the past month:​

Finding “Big E” Levi’s is pretty much like pulling money off a clothing rack.  This is the least valuable pair we’ve ever found as they were a fairly undesirable style, and have been significantly (and unprofessionally) hemmed.  If you’re unaware, the only real distinguishing factor of “Big E” jeans is that the Levi’s logo you find on the little red back pocket tag has a capital E, as opposed to a lowercase one.  We tried squeezing every last dollar out of these and they took around 6 months to sell.  It’s not only jeans that have the “Big E,” but jackets, vests, shirts, pants, hats, etc.  Just be aware that there are also new reproduction versions that, while still valuable, are worth much less than their vintage counterparts.

When it comes to branded vintage items, the brighter the colors and the bigger the logo, the more you can ask for it.  Since we’re from Utah (the greatest snow on earth and all that), we find snowmobile gear quite regularly and it sells super fast during the in-season.

Down jackets are one of my favorite things to flip.  If I’m in a hurry, I can simply stroll down the jacket racks at a thrift store, check all the puffer jackets, and typically find something worth selling.  I actually spotted this jacket in the back room of a local thrift store where it was waiting to be priced.  I asked if they would price it for me and I’d buy it immediately.  Luckily the guy who I asked wasn’t the (very astute) owner, but one of his helpers who checked jackets he thought were “similar” and priced it at $30.  Win!

While we generally avoid mall brands, we make an exception for Abercrombie & Fitch’s “Muscle Fit” line.  Muscle Fit clothing is getting harder to find, but they’re still out there!  Hoodies and jackets can fetch prices up to $80 if they are a good color, and have a fancy or unusual logo.

This is another good example of something selling because of the material: down, in this case.  We typically don’t pick up Land’s End, but people go nuts for fur-hooded, down parkas no matter the brand.  This one was a great size as well and sold in less than a day.

Vintage ski sweaters (ones with a windbreaker lining) do extremely well for us.  The more obnoxious the colors and pattern, the better.  SOS is a well-known vintage sweater brand, but also be on the lookout for ski sweaters from POLO, Demetre, and Tyrolia.  We typically check a sweater’s fabric content before looking it up if we’re in a time crunch and don’t bother looking up sweaters that are 100% acrylic.  The more expensive brands are almost always wool based.​

Burton’s DryRide line for skiers and snowboarders is easy money if you live in a snowy area. It holds its resale value extremely well.  For pants such as these, be sure you check the cuffs and inner leg area carefully.  The cuffs get ripped up by the snow and the inner pant area gets cuts from use as well.  Nobody wants leaky snow pants.

I bought this on a hunch.  I couldn’t find anything like it but thought it was super cool and assumed someone else would agree.  I couldn’t figure out much about it, but decided that I could get away with calling it a “smoking jacket” as opposed to a “cool bathrobe.” It took a full year for the right buyer to come along, but I’d buy another in a flash.​

These boots are a good example of the adage “brand sells.”  These boots were absolutely destroyed.  Like destroyed to the point that my super overpriced local Savers had them for $4.99.  Both boots have 2″ splits in the rubber where the boots bent, and several other cracks.  I did some research, ascertained that there are several silicon and rubber repair options for boots such as these, mentioned that in the description, and sold them “As Is.”​

Even more important than “brand sells” is the idea that “great pictures of a cute item sells.”  Preston & York is very rarely worth picking up but I’m glad to have snagged this one up on a Dollar Day at Goodwill!  Its selling points were: color, fabric content, style, and great marketing!  I can guarantee that if I took a rumpled picture of this jacket on my bed, it would have sold for half as much.​

If you’ve always lived in the city, it might be hard to understand how important a pair of boots can be.  Not only their function, but their brand and style can make just as large a statement (in the right community) as a $10,000 watch or a shiny $2,000 pair of brogues.  That, coupled with the fact that people are fiercely loyal to their boot brands, means that boots in good shape sell quickly and for great money.  These took less than a week to sell.

Anything that you can conceivably call a “down parka” will likely get a lot of views and watchers.  This one originally had a coyote fur hood which would have upped its value considerably.  We purposefully mentioned that it was missing in the title though, so we could pack in the extra super important keyword: fur.​

Tired of down jackets yet?  I’m not!  I included this one just to be sure you know the brand: Arc’teryx.  People will literally buy ANYTHING with the Arc’teryx name attached to it!  We’ve sold worn out jackets with broken zippers, stained and patched jackets, etc.  This is one of those high-end outdoor brands that does not decrease much in value with hard use.  People want to buy highly used and repaired outdoor gear so they can portray a certain look: the semi-well-off dirtbag who probably lives in their van and is outdoors 98% of the time.  That’s cool now, after all.​

When you see the listing pictures of these boots, it seems like picking them up would be a no brainer…and it would be if they had looked like that in the thrift store.  There were so dusty and rumpled looking that they sat around until half off day when we snagged them.  30 minutes stuffing them, cleaning them, and moisturizing the leather had them nearly back to their original glory.  We find that pretty much any cowboy/western boot can be salvaged if there are no cracks in the leather and the soles/heels aren’t shot.These 14 are just the tip of the iceberg (or death-pile, in this case), but they should give you a pretty good idea of the direction we’re heading in this year.  We’re always trying to list fewer, but better things.  The way forward on eBay is not by buying 200 items worth $10 from the bins, but by being selective and putting in the time that others won’t to find the high dollar items.  They’re out there!  If you really like shipping 30 items a day you could definitely go that route, but as for me and mine, we’ll stick to our 5-7 sales a day and keep pushing our average sale price to $100! 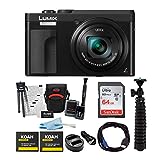