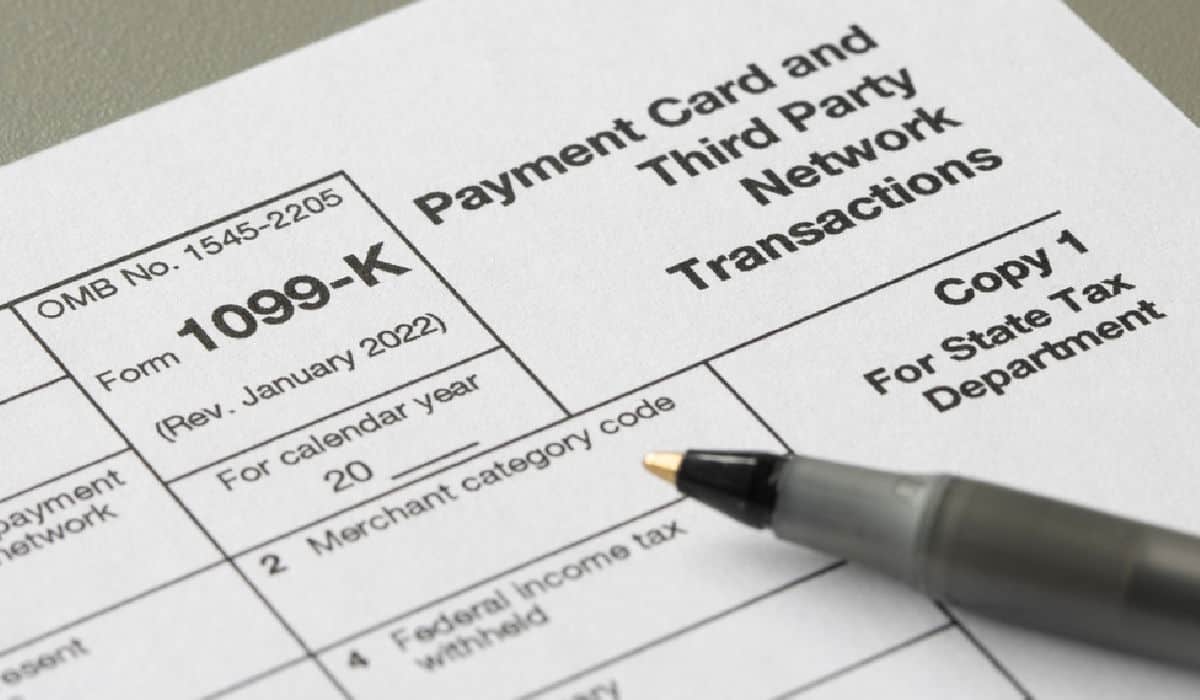 Let’s be honest, people might say that they start selling on eBay or Poshmark to clear out their old stuff but everybody actually does it for the same reason. To make money.

However, if you’re goal is making money, we have a problem. Uncle Sam wants his cut.

Every significant selling platform, (eBay, Mercari, and Poshmark included) reports the sales of their sellers to the IRS. If you have more than $400 in sales during the year the platform will issue you a 1099-K to use when you file taxes. Even without a 1099-K, however, you are required to file taxes on your earnings if you’re buying and selling items for profit.

A 1099-K is the form that is used to track payments for goods or services that take place with online marketplaces or payment networks. eBay, Mercari, and Poshmark are examples of such networks.

Every time company sends out a Form 1099 the IRS is privy to the same form/information.

So, in short, you have to pay taxes.

Do I Have To Pay Taxes As A Reseller? At What Point?

Many people are shocked to find out that they need to report their reselling income (including eBay sales) to the IRS. Hopefully, you’re here being proactive and won’t be finding that out when the IRS decides to audit your books.

If you are selling items with the intention of making a profit you’ll need to report the income, no matter how small.

However, this doesn’t mean that everyone who gets a 1099 will need to pay taxes.

Previously, eBay did not send a 1099-K to sellers that had less than $20,000 in sales or fewer than 200 transactions. That’s not to say that you didn’t legally have to report that income but the IRS wasn’t necessarily getting a record of it.

Now, however, the American Rescue Plan Act has lowered that minimum to $600 (with no lower transaction limit). Meaning, if you sell on eBay in any meaningful way, the IRS will know about it. Even if you’re not selling for profit.

This has also resulted in platforms that didn’t report at all before (such as Mercari) starting to collect SSNs so they too can report their users’ sales.

So, long story short, you are asking for a heap of trouble if you don’t report your sales when you file taxes. Many sellers have been able to fly under the radar in the past but that window is now shut.

eBay reports its sellers’ sales to the IRS by issuing a 1099-K. Your Form 1099 is available on your Seller Hub by the end of January for the previous year.

Prior to January 2022 eBay only sent a 1099 to the seller (and the IRS) if the user exceeded $20,000 in sales (or 200 transactions). Currently, eBay will be sending 1099s to all sellers who tally over $600 in sales during the calendar year (regardless of the number of transactions).

As you can no longer sell on eBay using PayPal (now that everyone is on eBay’s Managed Payments) sellers will receive only one 1099 from eBay.

Does Poshmark Report To The IRS? Will Poshmark Send You A 1099?

For the most part, Poshmark has adopted the same IRS reporting policies that other online selling platforms (such as eBay) have.

I will say that getting a 1099 from Poshmark is far more convenient than it ever was to get one from PayPal. A Poshmark 1099 reports your gross sales minus expenses meaning you don’t have to tally up your fees and returns throughout the year.

Does Mercari Report To The IRS? Will Mercari Send You A 1099?

Many sellers were dismayed to find out that Mercari was requiring Social Security numbers from its sellers if they wanted to keep selling on the platform in 2022. The change was for the same reason we’ve already talked about, a lowering of the “1099 Number” to $600.

In the past, sellers often reported this eBay sales income but consider their much lower Mercari sales to just be a bonus. If you were abusing the system this way in the past you’d best change your ways.

Mercari will send out a 1099-K to all sellers who grossed more than $600 in sales on their platform starting in 2022. The 1099 will either be sent via mail (to the address on your W-9) or via PDF if you consented to electronic delivery.

What If You’re An International Seller?

If you are not a U.S. Citizen (or resident) then you will not be affected by platforms reporting to the IRS. Typically you will let the platform know of your citizenship and country of residence but some platforms may require you to provide verification by filing a Form W-8.

Are There Any Selling Platforms That Don’t Report To The IRS?

As far as I am aware, every significant selling platform now provides 1099s and reports to the IRS.

There are some small niche markets that do not but the audience is typically too small to support a meaningful number of sellers.

If you sign up for a platform and they request your SSN you can be relatively assured that they will be reporting your sales as income.

The main method of making sales that are not reported is to focus on local, cash-only sales. Selling on FB Marketplace, Craigslist, Let-Go, etc will not generate you a 1099 as they are not selling platforms per se but advertising platforms. However, this only applies if you are paid in cash as many payment processors still have records accessible to the IRS.

What If You Don’t Report Your Sales On Your Taxes?

Every time a business sends out a 1099 a copy is also sent to the IRS. Some sellers who are tax-averse able to get away without accounting properly for the selling income for a couple of years but the IRS always catches up in the end.

The IRS is able to audit your taxes for the last 7 years, leaving you with the possibility of a huge tax bill for everything that you should have paid but didn’t.

Unless you have a large business savings account, business credit, or a high cash-flow business you’d be wise to save a percentage of each of your sales to help offset your upcoming tax burden.

If you are concerned about eBay, Poshmark, or Mercari reporting your sales to the government, the best thing you can do for yourself and your business is to get decent accounting software for eBay (or another platform) and keep good records.

This will allow you to pay the proper amount of tax and, more importantly, maximize the number of deductions to reduce the amount you owe.

Good luck out there!