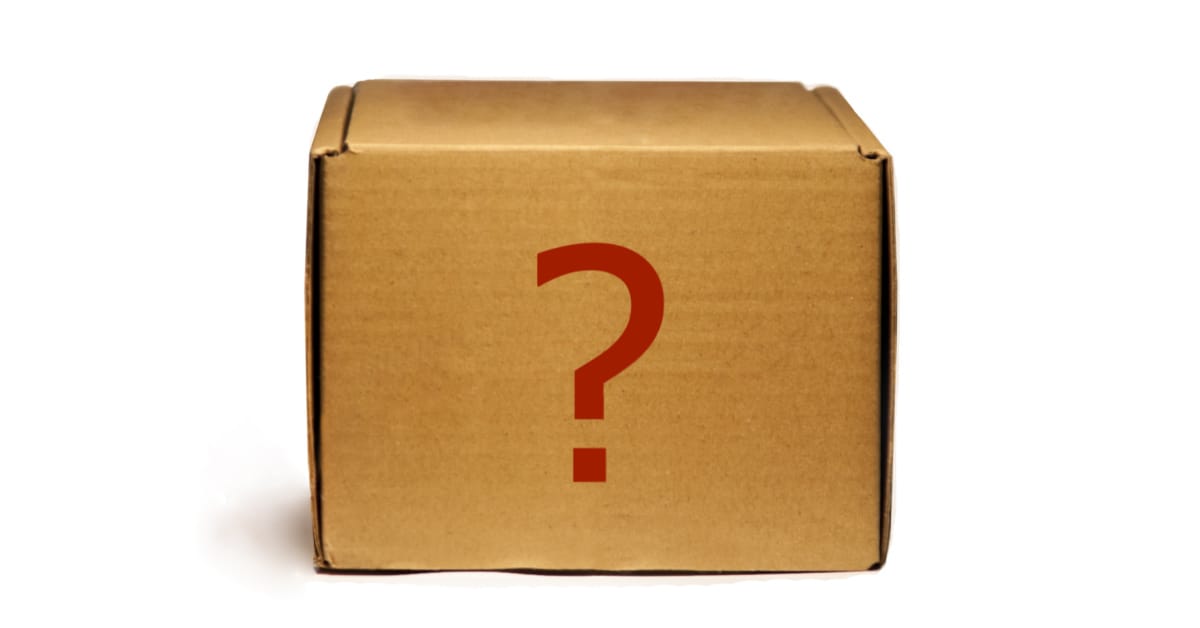 Unfortunately, it doesn’t quite work that way. Because of the prevalence of eBay scams, there have been a number of policies put in place for eBay sellers which severely limit selling anything that could be termed a “mystery box.”

While they are not disallowed altogether, you must follow some simple (but strict) guidelines to avoid putting your account in jeopardy.

So, in other words, mystery boxes are allowed as long as there is no mystery? Pretty much. Let’s take a deeper dive and see where there is some leeway for those of us who think buying and/or selling mystery boxes is still worth the hassle.

What eBay Says About Mystery Boxes – In Simple English

Perhaps the simplest way to understand what is and isn’t allowed to be sold as a mystery box on eBay is to understand the reasoning behind eBay’s policy.

While this is based on my own opinion (after reading through eBay’s policies), it seems that eBay’s reasoning around mystery boxes stems from two main issues:

So, the kind of mystery boxes that are allowed on eBay are ones that do not violate either of those rationales. As long as there is no chance that the buyer is going to get something far more valuable than another buyer by simple chance you are probably okay.

So let’s look at a few examples of mystery boxes that you would be fine to list and some that would be removed (and might cause you to lose your account.

Examples Of Mystery Boxes That Are Allowed On eBay

As long as there is no promise of a “random luxury item” or you don’t play up the possibility of the buyer getting something expensive you’re good to go! You could go further in the description and specify the sizes or conditions included but it’s not necessary. Although it would probably result in a happier buyer.

If you offer the “mystery” in the form of un-promised colors then you’re well within policy. Just don’t promise that someone will get a unicorn color!

If you include language such as “various brands and conditions” you are telling the buyer that there is a chance that they get something great without actually promising it. Which is fine. If you also include something along the lines of “unsearched” or “unsorted” the buyer will get a better idea of what they’re getting.

It’s also okay to sell a junk drawer full of stuff or say that a free gift is included as long as it’s described.

Examples Of Mystery Boxes That Would Break The Rules

To sell a mystery box that might include a luxury item is an outright raffle and not allowed. If there is a mystery item that is included in every box you’re back on the right side.

Not to beat a dead horse here but advertising any sort of “raffle” entry or that someone will get a bonus (but not other people) you’ll get yourself in trouble.

What If You Sell A Mystery Box That Breaks The Rules

If you list a mystery box that isn’t allowed, eBay, as the random harbinger of arbitrary justice will impose a punishment ranging from removing that single listing to permanently suspending your account. Within that spectrum is also ending all of your current listings, demoting your listings in search, short-term suspensions, lower selling limits, etc.

So, in short, don’t mess around as you never know what the consequence will be.

However, the most common first-time offense consequence seems to be a removal of the offending listing.

But I See Other People Selling Mystery Boxes All The Time?

Here’s the unfortunate truth, people get away with breaking the rules on eBay all the time.

When I first started selling on eBay I bought a CPAP machine at a thrift store to resell because I could see dozens of them for sale on eBay. I listed it and immediately had my listing removed and received a 3-day suspension. Can you sell CPAP machines on eBay? No, you can’t. But some people had slipped through the cracks.

If you want to sell mystery boxes I would highly recommend you do your best to stick within the rules. You might get away with breaking them for a while but eBay will catch up to you in the end.

If you’re looking for the rush of buying a mystery box instead, consider a mystery box from Goodwill Bluebox. We routinely buy them for fun and to get inventory to flip on eBay, Mercari, and Poshmark.

Long story short, listing a mystery box on eBay is probably riskier than buying one. While eBay doesn’t out-and-out say that mystery boxes are not allowed, their policy-making makes it all but impossible to list a traditional mystery box. So, whether you’re buying or selling, I’d advise you to tread with care!