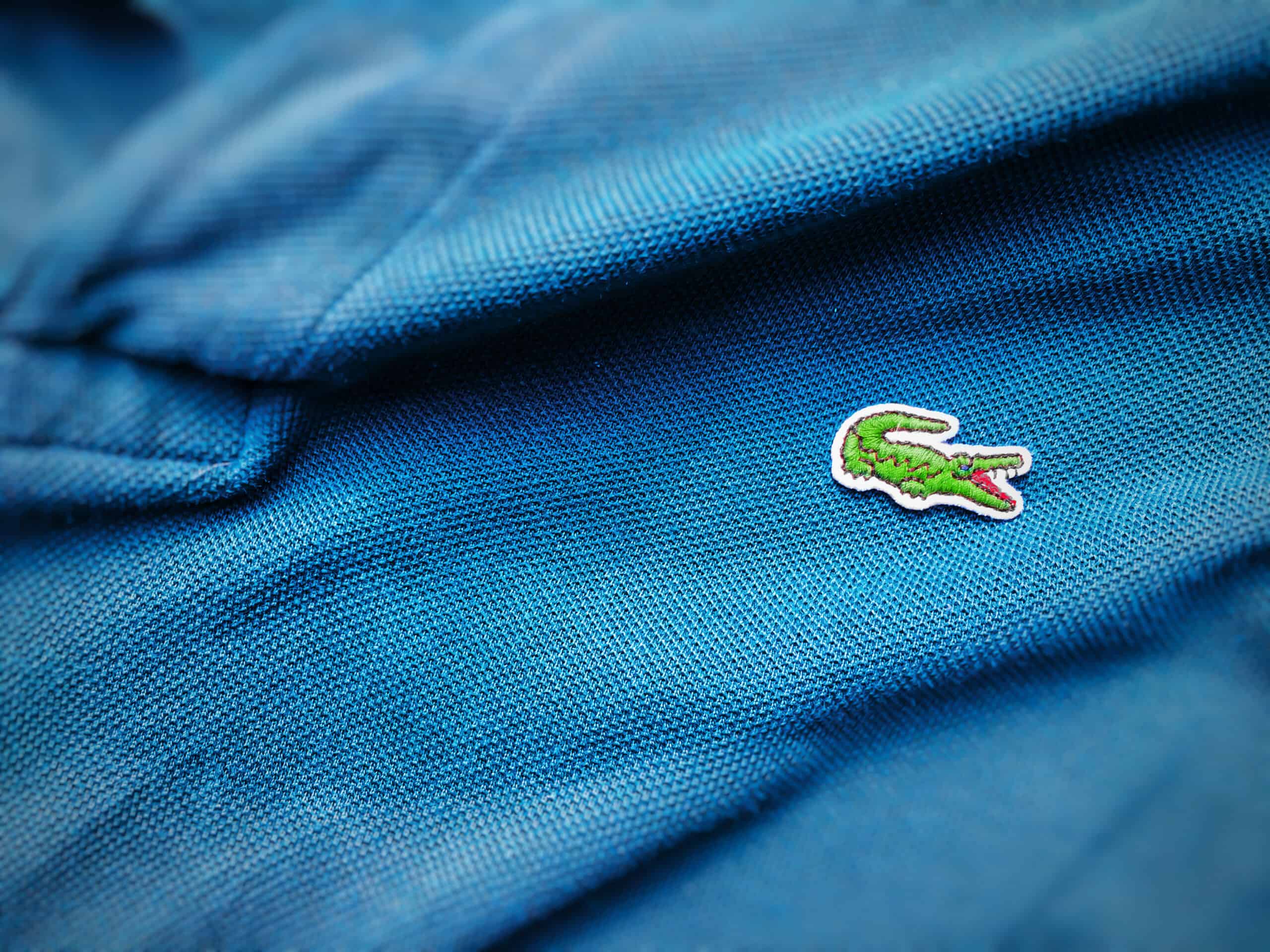 Although you’d never know it by searching through eBay, selling fakes of any sort is not allowed.

Despite eBay’s best efforts, however, tons of items of questionable authenticity show up on the site. Some brands are particularly susceptible to this and I refuse to buy them online at all unless I can verify that they are the real deal.

But how do you do that?

How do you recognize authentic Burberry items, legit Louis Vuitton Bags, or (in the case) fake Lacoste vs real?

As sellers, we always make sure to do our due diligence. However, many are less scrupulous. Luckily, you can use the same methods as either a buyer or seller to identify what is real.

As a seller, you put your eBay or Poshmark account at risk when you sell fakes. As a buyer, you get ripped off and, often, don’t get your money back.

So, in the case of Lacoste, here’s how we’re going to figure out if an item is authentic. Now, I’m focusing specifically on polo shirts here (because they’re faked so often) but you can use these same items to figure out the authenticity of most other Lacoste clothing items and accessories as well.

Because you can’t handle the item when buying online, determining authenticity is much like detecting a lie as a detective. You can rely on a bunch of small “tells” that all add up to a conclusion. The more of these you see the more likely it is that the item is fake.

While it has improved in the past couple of years, I would guess that at least 50% of the Lacoste shirts being sold on eBay are fake. This applies to both new and used shirts.

The 6 Identifying Signs Of Authentic Lacoste

There are buyers on eBay that I’ve found to have a fully stocked store of brand new Lacoste Polos for under $30 a piece. This is pretty exciting when they retail for $125 or more. It’s also pretty suspect.

I often message the owners of such stores and innocently ask how they can sell them so cheaply. Time and time again I get the same answer:

“I can sell cheap because I buy in bulk.”

Really? Do you buy in larger bulk amounts than Nordstroms, Bloomingdales, or Urban Outfitters?

Actually, that’s just a flat-out lie. Lacoste does not sell wholesale to individuals. They sell authentic items only through their own stores and authorized dealers. So if someone has a large number of new shirt (or other items) for sale and don’t identify themselves as an authorized dealer, the items are fake.

You can find authorized dealers directly on Lacoste’s site if you’re suspicious.

Another common response is that the person is selling factory seconds.

Lacoste does not sell seconds. They strive for the highest quality and don’t let their rejects on the market.

Protecting their brand image is so important that they haven’t even produced under the name Izod for years as they don’t have lesser items to taint their reputation.

You can, of course, get Lacoste items on sales. The best discounts actually come from the Lacoste site most of the time where you can get last season’s clothing for up to 50% off in their sale section.

While I have heard many things about how Lacoste has factories all over the world, I personally have authentic shirts from Peru, France, and Morocco.

While production in another country obviously doesn’t make them fake, the majority of the shirts sold in the US come from either Peru or France.

I have not seen any authentic Lacoste items that were produced in an Indian or Asian country.

The sizing (and how it is written) is very important for Lacoste shirts.

Nearly all authentic Lacoste shirts use European sizing (numerical for both men and women). There are some Sport Lacoste Polos (their lower line) that have the US Sizing but any of the traditional polos will be EU Sizing.

This makes it relatively easy to spot fakes as many of them use S/M/L/XL sizing to avoid confusing their buyers. Fake shirts also print all the information on a single tag and authentic shirts use several collar tags.

While the factory does their best to match the button color to the shirt line (eg. darker shirts get darker MOP buttons) they’re not always perfect.

Fake shirts, on the other hand, typically have faux MOP buttons (made of plastic) that do no vary from shirt to shirt.

Also, be sure to check the orientation of the buttons. Authentic shirts have their button sew so that the holes are vertical. Fake-shirt-makers are typically not as fastidious.

If you’ve seen or handled many authentic items, this is probably the best way to spot a fake.

Signs that the embroidery is fake:

Genuine Lacoste shirts, on the other hand, will have the croc sewn on via patch (if they’re men’s) or directly embroidered (if they’re women’s).

Remember, the croc is the sign of Lacoste and if it doesn’t look like they took pride in creating it, they probably didn’t create it.

Beware that some sellers will even make the shirt, embroider it at home, put the buttons on, and print tags from their home printer. However, the embroidery will still often be wrong.

One of the first tells of any fake luxury item is the stitching. No matter if it is Burberry or Lacoste the stitching will be straight and even with no loose threads.

If it is obvious that the person had to make a second pass on a tag, missed some stitches, etc. it is almost a sure sign that it is a fake.

In general, the feel of and perception of quality is one of the surest ways to find authentic items. If you haven’t held many Lacoste shirts, head to a local store and hold some you know are authentic. You will soon be able to see and tell the difference without much effort.

Where to Buy Authentic Lacoste

The best way to ensure that the item you’re buying is authentic is to buy it from a trusted dealer. In general, this means heading to Nordstrom, Bloomingdales, or other stores that specialize in luxury goods.

Having said that, there are authentic Lacoste items on Amazon, eBay, and other online stores. If you’re looking for the best deal possible it may be worth it for you to roll the dice and get a used or discounted item on one of those sites. Just remember that, if you buy a fake first, you’ll have to spend even more money if you want to have an authentic item.

As a seller, I can only do my best to encourage other sellers to put in the work to make sure they’re selling authentic items. If you thrift clothing to resell one eBay, be sure to triple check anything you sell or you’ll end up as we did in the beginning: banned for a week.

So whether you wanted the difference between fake Lacoste vs real so that you buy or sell, best of luck, and may the deals be with you!

Generally speaking, the price that something sells for is a combination of two factors: how…

If you’re shopping on Mercari, you’re probably the type of person who is smart with…

So let me guess, you’re a Poshmark seller? Me too! Are you looking for some…

If you’re looking to make your first purchase on Poshmark then here’s a secret: if…

Figuring out what the best-selling clothing brands are on Poshmark isn’t always easy. On eBay,…