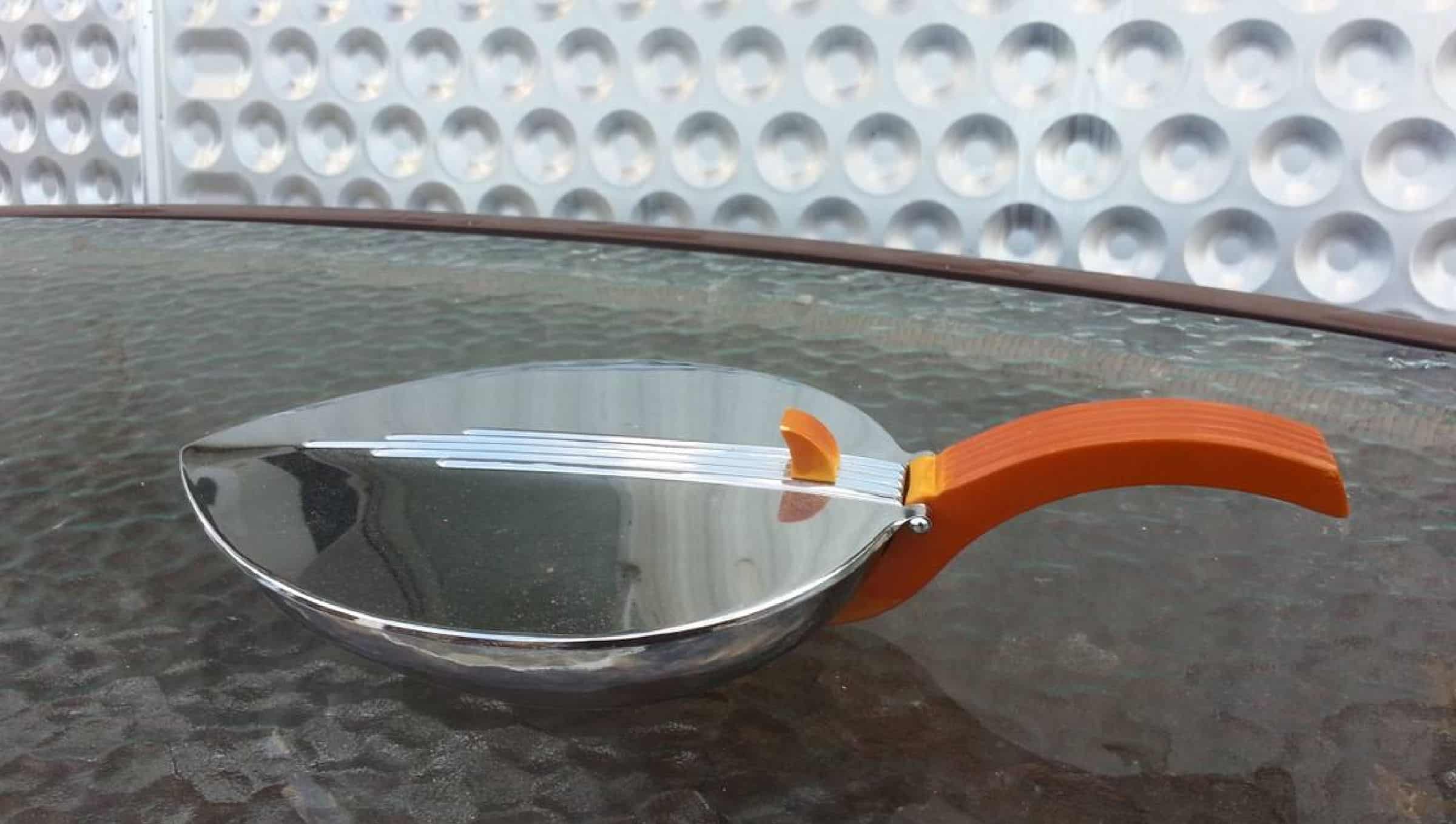 It’s not unusual for us to find strange things at thrift stores. Even after selling full-time on eBay for several years we still find things we can’t identify. In fact, I’ve found several things that I’m almost certain are worth good money…if I could just figure out what they are.

Such was the case this past week when I came upon a fancy metal and wood contraption sitting (sparkling, actually) on a shelf at my local Goodwill. It was unusual, high quality, and cheap so, in the spirit of thrifting, I bought it with hopes to identify it later. With the help of Reddit’s What Is This Thing, I was able to figure out that the thing I thought was a mini bedpan was actually called a Silent Butler.

What is a silent butler, you ask?

A silent butler is a small metal container with a hinged lid and wood handle. It functions as a dustpan and is used to collect ash try ashes and crumbs. Silent butlers reached the height of their popularity in the 1940s and are now mainly prized for their retro appeal and collector’s value.

What Makes A Silent Butler Valuable?

Typically, there are three things that make a Silent Butler valuable, and none of them have to do with the actual function. What a silent butler is no longer matters as much as their use seems to be, in general, obsolete. So what makes them an eBay BOLO?

The Silent Bulter I Found At A Thrift Store

The one that I found was a great example of an antique. It was in excellent shape and unusual enough that it sold within a week of me listing it. I paid $8 and it ended up going for $75 + shipping. This is on the highest end of recently sold. In general, a Silent Butler seems to be worth between $10-50 on eBay or similar auction sites.

6 Examples of Silent Butlers (With Pictures)

Because there are so many different shapes and sizes of silent butlers it seems prudent to have several examples so you’ll be able to identify one should you see it:

In addition to silent butlers, there are several other similar items that, once you learn about them, can be a source of great profits for eBay or other reselling platforms.

So of the eBay BOLOs that we pick up regularly are:

If you’re curious about more eBay BOLOs that aren’t shoes or clothing, check out our guide to thrift store items you can flip for profit!