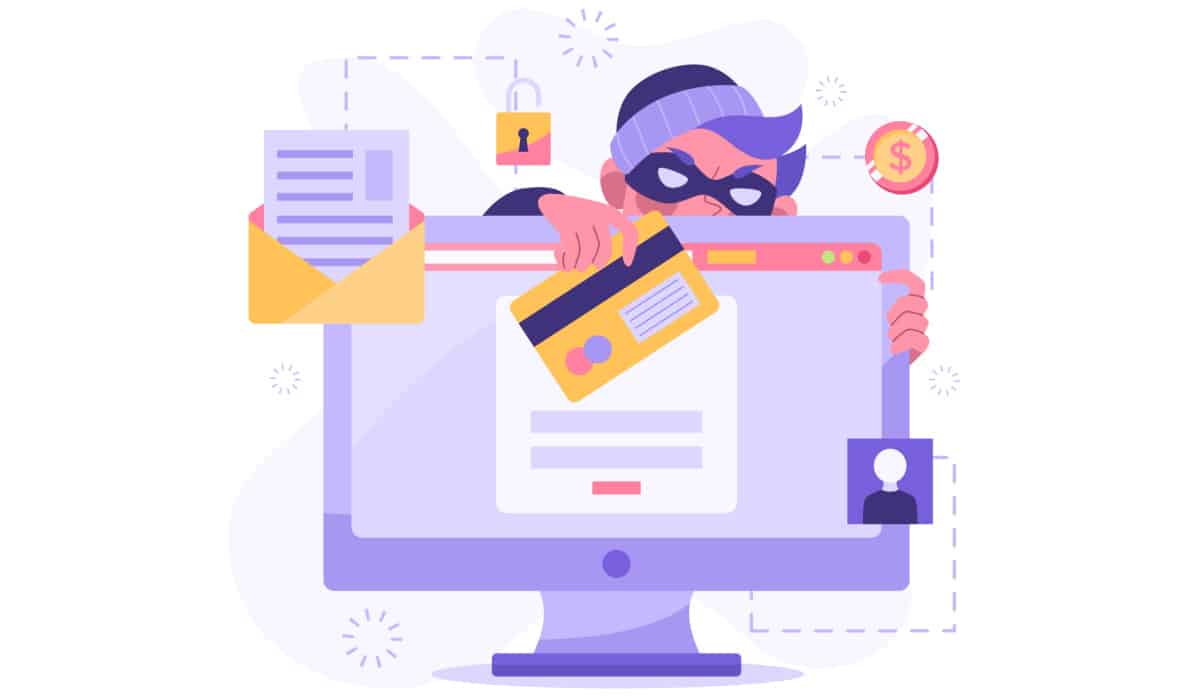 If you’re as old as I am (or older) you probably remember the days when it felt like buying things on the internet was nothing but scams.

Half of the listings on eBay were scams, there were shoddy websites asking for your banking information, and your aunt probably forwarded you an email from a desperate Nigerian prince.

The problem is, the scammers never really went away. They just got more clever and learned to move around.

Every time there is a new selling platform that becomes popular it gets a massive influx of scammers until the platform gets it under control and people start recognizing the scams that are specific to that platform.

In this case, we’ll be taking a look at Poshmark. Scams on Poshmark tend to be a little more subtle than on other marketplaces but this can make them even more difficult to spot.

So, without further ado, let’s talk about each of the most common Poshmark scams and what you can do to avoid them as both a buyer and a seller.

The 5 Most Common Poshmark Scams

This is probably the oldest scam online and one of the most common Poshmark scams that you’ll run into.

At its most basic level, it involves switching the item you bought for something cheaper. The problem is, no one is free of this scam because it can be run by either the buyer or seller.

When a seller runs this scam it involves them shipping a different item than in pictures. This can run the gamut from using stock photos and sending a used or damaged item or taking pictures of an authentic item and then sending a fake version of the same thing.

Fortunately, this kind of scam is usually easily seen in the seller’s ratings and they will, eventually, be removed by Poshmark.

On the buyer side, the Switcheroo Scam is one that is run on almost every platform. It involves buying an item and then returning something else.

I have been scammed by having returns ranging anywhere from a single worn-out shoe instead of a pair of Yeezy’s to a used Walmart dress instead of a NWT Michael Kors dress.

Since Poshmark typically does not allow returns you are left with dealing with a seller who is willing to file a false return reason in addition to scamming you.

This brings us to Poshmark scam number two!

2. Fake “Item Not As Described” Returns

Many Poshmark buyers who are dissatisfied with their item may decide to scam their way into returning it or getting it for free.

Poshmark only allows returns of an item if it is “Not As Described.” Otherwise, they simply expect the buyer to “reposh” it (meaning sell it again on Poshmark).

If a person wants to scam you they will do one of two things: damage the item and then claim it came that way or simply claim that it had flaws that you did not disclose.

This scam is often run in conjunction with the switcheroo scam as people will file a return and send you back a box of garbage instead.

3. Transacting Outside Of Poshmark

If you’ve been selling on Poshmark for more than 5 minutes you’ve probably gotten a message or comment with some sort of cryptic request for a text or email so they can buy the item.

Maybe there is a “problem with their account” or “want to save you Poshmark fees” but the result is almost always the same: no actual sale and a risk to your Poshmark account.

The reason that scammers want to transact outside of the platform (not just Poshmark) is that it leaves you (the seller) without any recourse or protection.

Often the seller will pull some further shenanigans such as sending your fake payment, filing a chargeback, claiming the package was never delivered, etc.

Yes, I know Poshmark has some crazy fees (part of which you make back in savings on shipping) but never go off the platform to try and save money. Not only do you lose any protection that Poshmark offers to its sellers but you risk losing all future sales as Poshmark may remove your selling privileges permanently.

If you are shopping for luxury items on Poshmark you need to exercise extreme caution. It’s not that there are a ton of scams on Poshmark (there aren’t) but that the fake items are often the best priced and marketed items which means that people gravitate toward them.

Signs that an item on Poshmark is fake:

While non of these will be 100% effective at recognizing fakes (and may have some false positives) they will keep you safe in general.

Just be aware that, the more used or flawed an item is, the easier it is to conceal the fact that it’s not authentic.

Another common return scam on Poshmark is the abuse of the bundle system. If you, as a buyer, order a bundle and find that something isn’t as described, you have to return everything in the bundle.

Scammy sellers will slip in something crappy with the hopes that you won’t return everything else that you probably liked.

Scammy buyers will file an INAD return case and only return what they didn’t like, hoping to receive a full refund.

The best defense in cases like this is to simply read through a person’s ratings before sending a bundle offer or accepting an offer from them. Even if you miss out on a sale or two, it’s better to be safe than sorry!

This scam is also run by people who claim that they want to trade on Poshmark and then send you a lower-cost item or don’t ship the item altogether.

While there are variations on all of these scams (and scammers are always evolving) these should give you a basic idea of the types of things that people try to pull on Poshmark.

Sticking within the best seller practices for Poshmark will give you the best first line of defense against most Poshmark scams. But that’s not all you can do.

It may seem counterintuitive but, if you’re getting scammed on Poshmark, Poshmark itself is your best defense.

Poshmark’s customer service is well aware of the types of scams that are commonly run and, what’s more, the people who seem to be running scams consistently.

Poshmark’s algorithm is smart enough to catch most scammers (for example, people who message with their email/phone number) but there are some that manage to slip through the cracks.

Poshmark’s seller protection has you covered. If you think that you are being scammed, don’t freak out. It’s probably the same situation that Poshmark has dealt with thousands of times before.

Apprise Poshmark of the situation (Report a Problem With a Transaction) as soon as you can before the scammer has a chance to disappear into the woodwork or spin their narrative.

How common is it to get scammed on Poshmark?

We’ve sold around 300 items on Poshmark and can count the actual scams we’ve been involved in on a single hand.

However, we also are careful to avoid scams whether we’re buying or selling.

If you are too trusting and walk blindly into a transaction that presents itself you’re going to have a rough time.

Err on the side of caution and you’ll be able to avoid most scams.

I will say that there are more outright scams on Mercari than on Poshmark but Poshmark has more fake luxury items for sale. Get to know the platform that you’re buying/selling on and you’ll be able to avoid most of the bottom dwellers.

If you are a Poshmark seller who has been scammed and has no resolution, I hope that some of the above information has been helpful for you.

If it has not, I can offer you two additional things: some commiseration and some tough love.

You can feel free to leave your store or rant as a comment below for other people to learn from. However, getting scammed as an online seller is part of the cost of doing business.

Do your best to help Poshmark ban the scammer and move on.

So, while it doesn’t take the sting out of the situation at the moment, it helps to have a long-term vision and know that scams don’t happen all that often!