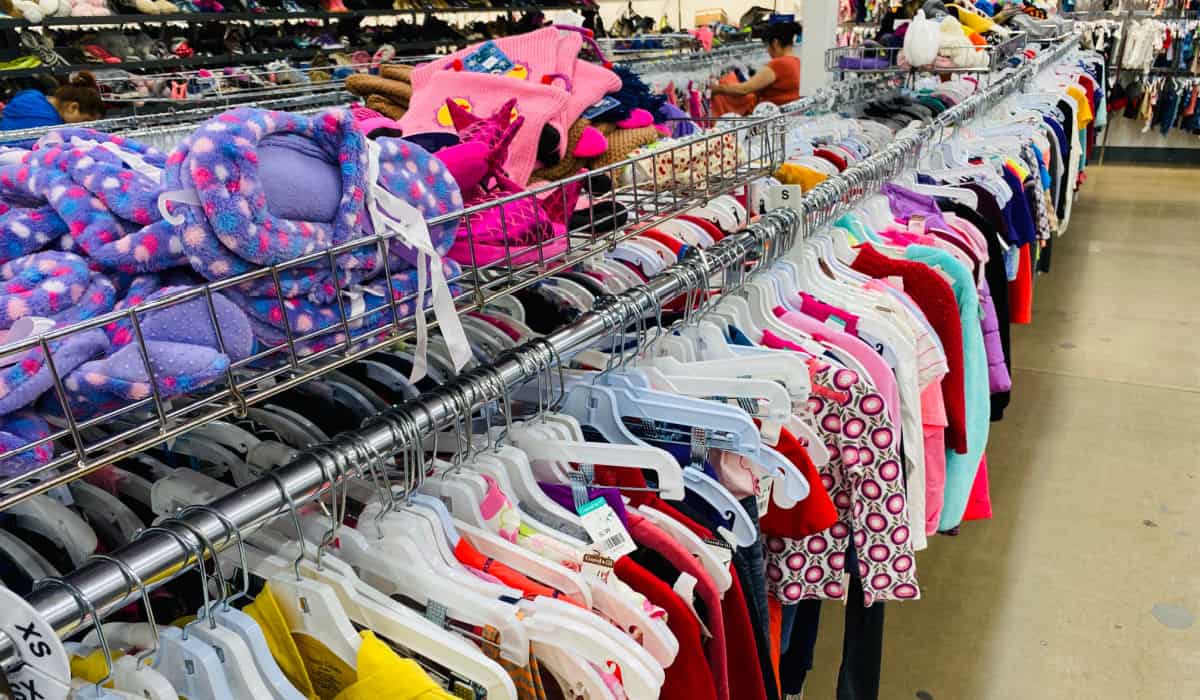 There is something slightly overwhelming about walking into a massive thrift store. Personally, I feel like I have to go through every single item (and look at all the new carts coming out) or I’ll be missing something amazing.

So I was a bit excited and nervous to learn about the world of “mega thrift stores”.

Second-hand stores that are up to 10x as big as a regular thrift store.

While I haven’t been able to check the largest thrift store in the US off of my bucket list just yet, I will say that I probably don’t have to time and patience to ever visit it anyway.

If you’re looking for the largest thrift store in America you’re probably going to have to make a trek to Pennsylvania for a massive one-off thrift store.

The title for the largest thrift store in the U.S. is claimed by Community Thrift Store & Donation Center.

Their largest chain stores are typically Habitat for Humanity thrift stores which can have over 40,000 square feet of shopping space (including outdoor space).

Luckily there a ton of online thrift stores that specialize in used clothing, consignment, or wholesale new clothes.

Here are my top choices if I’m going to be thrifting online:

While they are a bit of a special breed, many people who are into thrifting can get the same rush by visiting eBay stores. If you can find eBay stores that routinely sell their items on auction it gives you the ability snipe eBay auctions and pay about the same as you would at any local thrift store.

We’ve written extensively about the best eBay stores for clothes and designer handbags but the “best” eBay stores are not necessarily the biggest.

The biggest eBay stores that are comparable to thrift stores are, unsurprisingly, run by thrift stores. Goodwill’s eBay stores are some of the best and most interesting eBay stores online as they are not trying to squeeze every penny out of their items. They typically start rare or unusual items on auction at $9.99 and let them go from there.

So if you’re looking for the best eBay thrift stores, check out the following options run by Goodwill:

I will throw out that it’s not quite the same as a large thrift store. The selection is more limited, the items are more curated, and the competition is more fierce. There is, however, the same thrill of the hunt and the possibility of getting really lucky!

How Big Is The Average Thrift Store?

If you’ve been to any Saver’s in Utah you’ve probably heard the announcement that plays over their speakers every 5 minutes:

“With over 100,000 thousand items for sale at any given time you’re sure to find something you love…”

The average Goodwill comes in around 7,000 square feet while privately-owned thrift stores average less than half of that.

For example, the Goodwill Outlet nearest to me is in a very central area. Everyone who lives downtown (especially on the street) or doesn’t have a car flocks to that location and there is a mad dash every time a new cart comes out.

But just 20 minutes away outside the city most thrift stores are nice and quiet. Regardless of size.

So while large thrift stores do have the advantage of selection size, the area a thrift store is in is much more telling when it comes to the quality of their items.

Look for well-sized thrift stores in out-of-the-way but affluent areas if you really want to score (and especially if you plan on flipping your thrift finds for money).

So take your time, visit as many thrift stores as possible, and enjoy the thrifting journey!