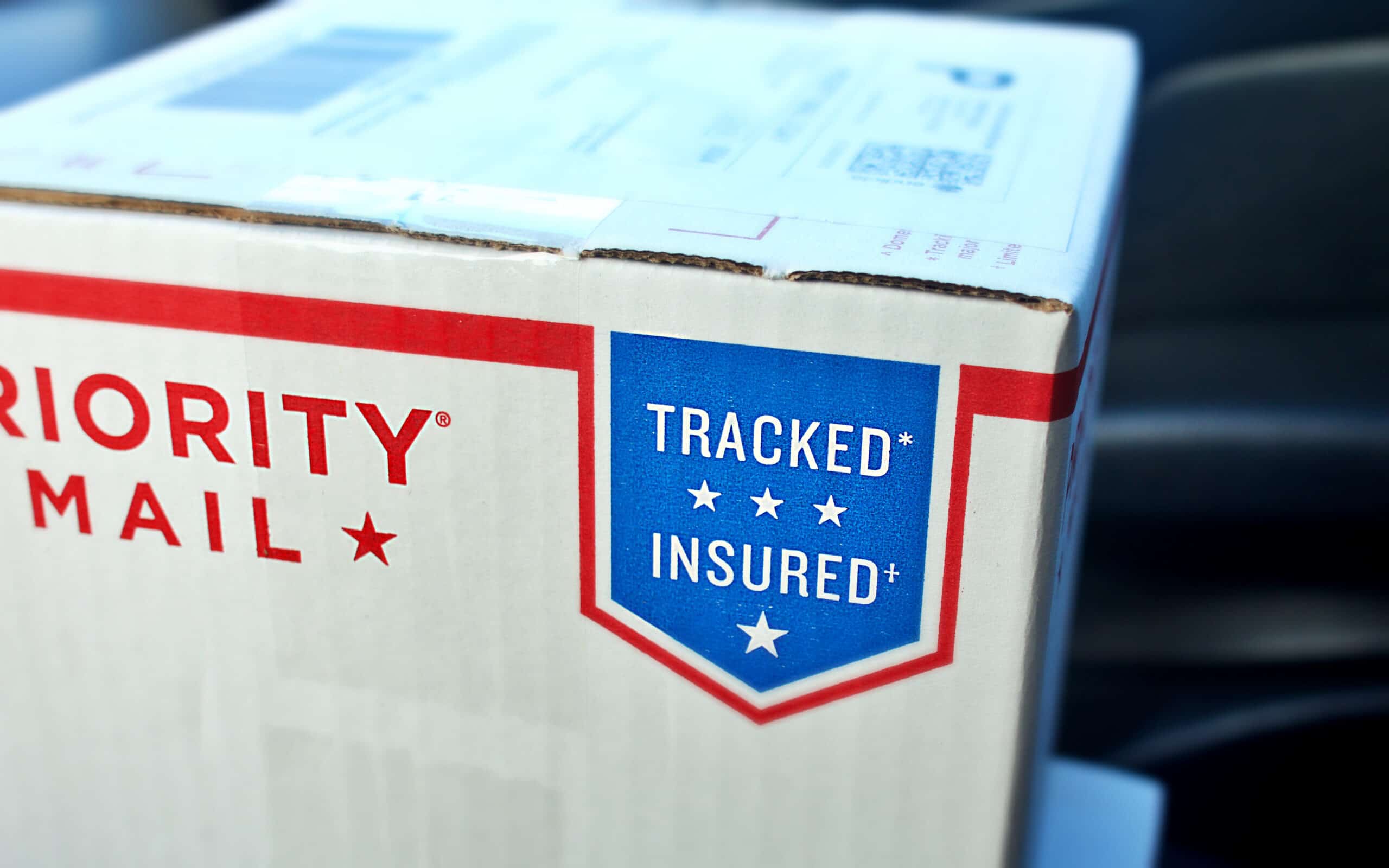 As someone who sends thousands of packages per year, I have more than my fair share of frustrating experiences with USPS tracking numbers. There’s not much more frustrating than checking your tracking and seeing that your package isn’t moving.

Add in the fact that my wife and I order at least one thing online every day and we’ve had just about every problem you can have.

We’ve experienced our packages not moving, tracking not updating (even though the package is delivered), packages going missing, packages not getting scanned, and more.

So what is actually going on with your tracking and what can you do about problems like these?

Well, luckily, understanding is most of the battle. Once you know how USPS scans packages (and how often) you’ll know whether or not something is a big deal and the steps you can take to fix it.

Check Tracking and My Package Is Not Moving

What To Do When Your USPS Tracking Isn’t Updating

If you are waiting for a delivery you’re probably a bit impatient and, if the item was expensive, slightly anxious.

I know that there haven’t been many things that made me more anxious than buying an iPhone off of eBay or a Louis Vuitton bag from Japan. In both instances, having a tracking number did a lot to keep me sane.

However, if it isn’t updating, you might feel that you’re left without a lifeline. But, don’t worry, it probably isn’t as bad or as long-lived as you think.

When USPS tracking isn’t updating, the most effective thing you can do is to be patient. Packages are typically not scanned in for 24 hours or more when they are dropped off and it’s not unusual for a package to not have updated tracking for 1-2 days even if it’s moving within the network.

While waiting is easier said than done there isn’t much else you can do. If you contact the post office they will tell you to “wait for 24-48 hours for it to turn up.”

Tracking numbers are not just for customers, they are also the method that USPS uses to locate a package so, if it’s not updated, they will likely be able to tell you little that you don’t already know.

When Does USPS Update Tracking?

USPS typically updates tracking within 24 hours of a package being sent or dropped off at the post office. The main reason for a delay longer than 24 hours is that the package was dropped off after hours and wasn’t scanned in until the next day.

The problem is, the post office cannot update tracking or scan a package until they actually have the parcel. Many stores and sellers will “ship” an item and provide you with a tracking number several days before they drop it off. This is typically to buy them time and make the buyer feel like something is happening with their order.

If this happens to you the post office cannot do anything about it. Instead, contact the person shipping your package and ask when it will actually be dropped off.

How Often Does USPS Update Tracking?

It’s not unusual to have a package that is scanned in when the sender drops it off and then *poof* it disappears for several days. Often, during this time, the post office will simply tell you that “your package is moving within the USPS network and is on track to be delivered to its final destination. It is currently in transit to the next facility.” In other words, they’re not sure where it is but they have no reason to think that it’s lost.

How To Ensure That USPS Provides Tracking

If you’re worried about tracking there are two things that you can do to give yourself the best chance of having working tracking:

What if USPS Didn’t Scan In My Package When I Dropped It Off?

If you order something from a store that sends out a large volume of orders it’s unlikely that each package will be scanned in when picked up by USPS. Rather, the sender will provide USPS with a SCAN Form (Shipment Confirmation Acceptance Notice) that lists everything that they sent.

Once the SCAN Form is registered every package will show up as “Accepted By USPS” and you start receiving tracking updates as it moves.

Smaller sellers (like myself) often drop off packages in a dropbox without a SCAN Form. This means that each package must be individually accepted and scanned by a worker.

Often this results in a tracking indicator reading “Pending Acceptance.”

If you dropped off a package and didn’t get it scanned, don’t worry. It will be scanned when it starts moving. When I drop off packages at the post office I don’t even tell anyone. I usually just leave them on an empty counter. I’ve never had any issues with it.

What If Your USPS Tracking Number Doesn’t Work?

There is the possibility that you have received a tracking number that simply doesn’t pull up anything from USPS.

If your USPS tracking number isn’t working you can wait for 24 hours for the system to update. If it still doesn’t provide tracking it is possible that it is a tracking number for a different carrier or that the sender gave you an incorrect number.

You can check whether your tracking number is actually for USPS by searching it on Universal Parcel Tracking which will give you an update regardless of carrier.

If it doesn’t pull up anything (and it’s been a day or two) then the tracking number doesn’t exist. Contact the sender and see if you can get a revised number.

4 Other Problems Your Tracking Could Have

Beyond straight-up tracking issues, there are a bunch of ways that USPS tracking can fail to be helpful.

Despite the number of complaints that USPS gets about their packages, you have to remember that they handle literally hundreds of millions of items every day. We’ve sent and received hundreds of packages (most with successful tracking) and have had very few issues.

The biggest takeaway from all of my research and years of experience has been this: be patient. Packages almost always turn up, tracking usually gets updates as items get scanned, and, if not, you can always file a claim!

p.s. if all else fails, you can always try buying lost or undeliverable mail. Maybe you’ll get lucky and get your own lost package?