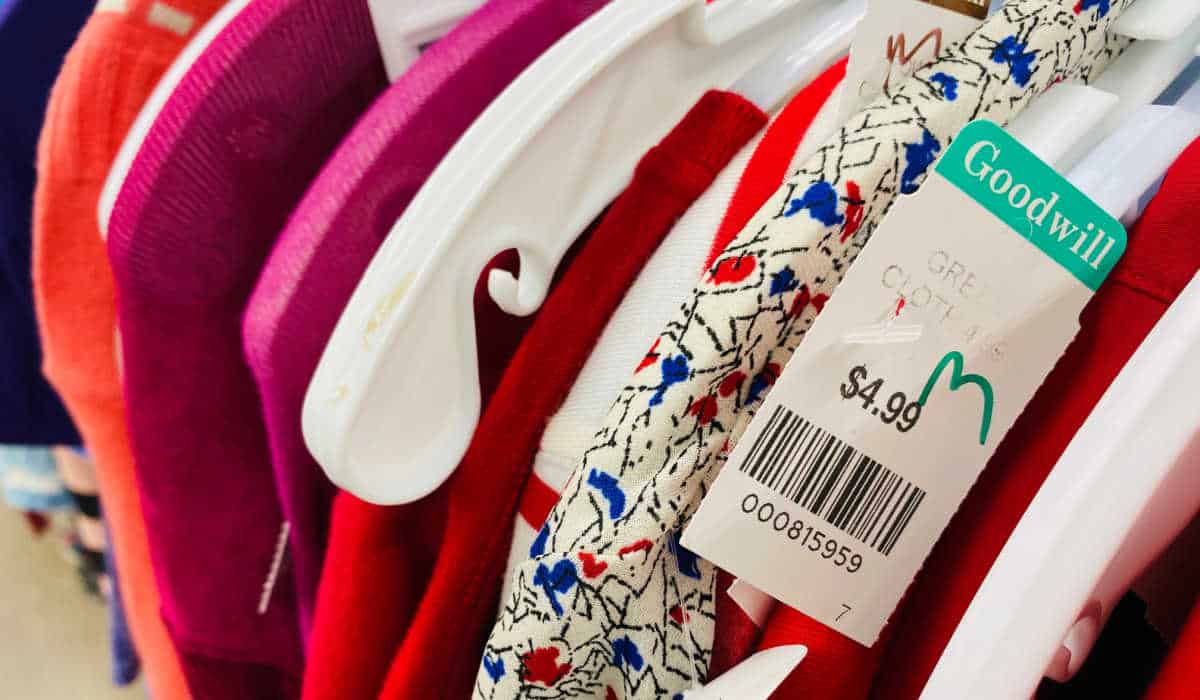 Goodwill has some of the most incredible deals because it doesn’t have to pay for most of its inventory. But that doesn’t mean you get the best deals whenever you walk into your local Goodwill store. The best deals are often available (and snatched up) on the day when the store restocks.

When does Goodwill restock?

Goodwill restocks within a few hours of receiving a large batch of donations, usually on a Monday. The restock can take up to 24 hours in short-staffed locations, making the new stock available on a Tuesday. Visiting Goodwill on Monday and Tuesday mornings can get you the best deals.

But what about the restocks that happen aside from Monday and Tuesday?

To learn more about the frequency of Goodwill restock, the best practices to get the best deals, and bad-deal traps to avoid when shopping at Goodwill, continue reading this article. It covers everything you need to know about how you can be among the first to shop from Goodwill’s fresh inventory.

Does Goodwill Restock Every Day?

A goodwill store that receives donations every day restocks every day. On average, Goodwill stores restock once every three days, with Monday being the most common restock day among all the branches across the country.

Goodwill’s restock schedule is not dictated by a warehouse but by the number of donations received. There are two methods for inventory management at charity thrift stores. The first is to store and process items locally, and the second is to receive shipments from their parent donation centers. Goodwill uses a hybrid of both.

Some goodwill centers distribute the donations they accept across a more extensive network of stores. In contrast, the stores accept, sort, and place items on sale at the branch level whenever they receive articles.

Since most donations arrive on Sunday nights after garage sales or weekend cleaning sprees, and the beginning of the week is also the general shipping day for sellable items, Monday is when Goodwill has the most items on sale.

How Long Does Goodwill Take Before Restocking?

Goodwill branches sort items overnight and put the sellable products on the shelves by the following day. In short-staffed stores, a 24-hour delay might apply because the people who sort the donated articles are also selling them.

In that case, Tuesday would be the best day to visit the store for the best of the items received from local donors. Monday would still be the best day to ship items shipped to Goodwill by a parent center because these items are already marked as sellable and don’t need to be sorted.

Check out our article on whether Goodwill washes clothes to understand why it can take up to 24 hours to restock Goodwill (hint: it’s not because of laundry).

What Is the Best Day to Shop at Goodwill?

So far, we have established two things: Goodwill receives shipments and donations on Sunday nights and early Monday. These are on sale on Monday if the store is well-staffed. Otherwise, a portion of the stock might be put on the shelves by Tuesday.

Add to that the fact that most thrift stores build their marketing plans around the income bump around the start of the month or the middle of it; we can safely assume the following about the best day to shop at Goodwill.

The first and the third Monday of the month are the best days to shop at Goodwill since better-valued products are saved for the days when people are supposed to have more money. Given the prominence of a bi-weekly pay schedule, thrift stores look forward to the first and third Mondays.

Tuesdays occupy the runner-up position because some goodwill stores take longer to process donations, making the best of the locally donated goods available by the days after the big Mondays.

How Can You Find the Best Deals at Goodwill?

While being at the store right after a restock is one way to find good deals at a thrift store, there are a few other things you can do. These include:

Remember, just because something is positioned as a deal doesn’t mean it is a deal. Avoiding bad deals at thrift stores is crucial because people assume everything is a bargain. Here are a few things to do to prevent poor purchasing choices:

While Goodwill sells donated items at deep discounts, there is no unified valuation system, and the random price-slapping can lead to some expensive-looking cheap things getting a higher price tag than their market value. Always double-check and look at prices online.

2. Don’t Assume That the Clothes Are Clean

If you think Goodwill washes the clothes it sells, you’re mistaken. Goodwill tries to get rid of dirty clothes, but human error can result in some stained clothes ending on Goodwill racks. Examine for stain, odor, and suspiciously heavy perfume.

3. Be Mindful of Cognitive Biases

Your mind can play tricks on you – from scarcity bias (thinking something will run out) to social proof (wanting something just because others are taking it in bulk). Do yourself a favor and read up on the common cognitive biases before your next discount shopping spree.

Recap: Go to Goodwill on These Restock Days to Get the Best Deals

Goodwill restocks a few times during the week, but its major inventory update happens on Mondays and Tuesdays.

The store sometimes holds back the best-value deals until the Monday that follows a payday, so you should visit Goodwill on the first and the third Monday and Tuesday of a month.