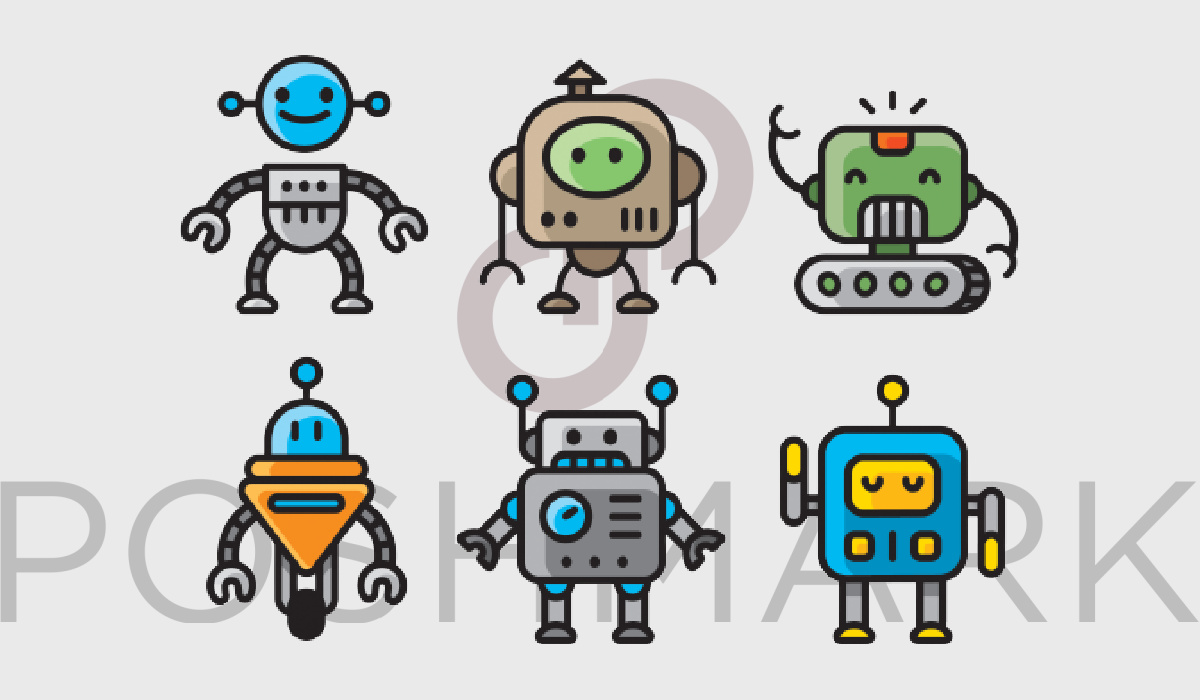 If you’ve been selling on Poshmark for a while you probably understand the importance of building up your followers and sharing your closet regularly.

For my first year on Poshmark, I did absolutely no sharing and made zero effort to gain followers. I simply cross-posted my eBay listings onto Poshmark and, if something sold, I treated it as a bonus.

It was only my eBay sales slowed down that I knew I needed to take Poshmark more seriously and get some sales. Since I didn’t want to spend all my listing time sharing my closet and following people I knew I needed help. That left me with either hiring a VA or using a Poshmark bot.

Luckily, the year is 2022 and there are dozens of Poshmark bots available, making it a much better and cheaper option.

Using a Poshmark bot to automatically share your closet and gain followers is one of the greatest time-saving hacks that I can recommend to resellers. I put the usefulness of my Poshmark bot right up there with List Perfectly as far as helpful software.

But which bot did I choose? Well, I’ll be honest. They’re all pretty similar. However, one ended up beating out the competition by just a hair. But we’ll get there.

So, what are the best Poshmark bots for gaining followers and sharing your closet?

In my opinion, the best options are: Closet Pilot, Closet Assistant, and Poshmark Booster.

You can also use Simpler Posher and Poshmark Pro Tools to gain followers with added exposure.

All of them exploit the “best” way to gain followers naturally which is to share your closet to applicable Posh Parties.

So let’s start with the one that I actually use for my own closet.

There are currently zero videos on Youtube or Reddit threads about getting banned on Poshmark after using Closet Assistant.

If a bot is poorly designed and starts leading to users getting banned you’ll be hearing about it on social media (usually YouTube) almost immediately.

Closet Assistant is easy to use and the likelihood of getting a hard ban for using it responsibly is close to zero.

Now, if you go crazy and start using Closet Assistant in unnatural ways you’ll likely trigger some warning bells and put your account at risk. After all, the bot may allow unlimited shares but Poshmark doesn’t.

Closet Assistant allows you to both follow/unfollow other Poshers in a variety of ways as well as share your closet. You get to choose your own parameters and tell the bot exactly how you want it to interact with your store.

If you are already sharing on Poshmark, start delegating your daily sharing (in increments) to the bot until it is doing all of the work.

Closet Assistant is an easy-to-use lightweight extension that we have been using for over a year to increase our sales without any problem.

And the best part? Not only do they offer a free trial, but you can get 25% off your first paid month by using our coupon code “ResellingRevealed”.

So try it out (slowly at first) and start crushing your Poshmark sales!

Now, if Closet Assistant isn’t a great fit for your business, don’t worry, there are a few other very good options. However, I encourage you to give its clunky-looking interface a chance. It looks a bit busy and intimidating at first sight but it’s actually quite easy to get the hang of. You can also check out our full review of Closet Assistant here to see if it’s a good fit.

Posher VA is developed by a team with sufficient experience in creating bots that dodge much tighter terms-of-service breaches than Poshmark automation. Both hard and soft bans are unlikely if you maintain an upper action limit of one action per 10 minutes.

You can use this bot to follow the followers of posters who you think have a similar demographic to yours. This booster bot’s one-click-follow feature allows you to follow all the followers of another posher (or yourself) with a single tap.

An alternative to the Poshmark Booster is the Follow Bot developed by Best-Macro. The developer had a few hiccups with Gmail before. However, it has been a long time since and remains on top of the game in avoiding hard bans.

The Poshmark Follow Bot does exactly what the name suggests: it helps you follow Poshers in order to get noticed.

Even if one percent of them follow you back, you’ll still get new eyeballs on your closet. You can also use a Poshmark bot to unfollow people you’ve previously followed, but this must be super slow if you want to avoid a shadow ban.

Closet Betty is one of the most valuable tools, and you should use it for things that Poshmark doesn’t frown upon. Poshmark is the most conscious about shares and quick-follows.

Closet Betty can be used to share your entire closet, but you have to use this option sparingly.

It also has features like returning shares and updating listings without a one-by-one progression. You can also use this bot to share your closet to a party. Closet Betty is pretty handy for Poshers who have huge closets.

Given that Poshmark reserves the right to ban accounts that use bots, it is crucial to exercise caution. Simple Posher is the embodiment of bot minimalism.

This “simple” bot allows you to do whatever you do as an active posher without being on the app yourself. It also allows you to set parameters like share limits. Moreover, you can assign specific items to be reshared on repeat. This simple tool can be used to mimic natural human behavior to avoid Poshmark share jail.

If you don’t want to download random programs and use too much disk space, Closet Pilot is an excellent tool that can let you share without ban worries. The free version doesn’t offer enough randomization to avoid being flagged as a bot.

But fortunately, it limits the number of shares allowed to 100. Under 100 shares, posters don’t usually find themselves in share jail.

Closet Tools has too much power! It allows you to automate everything you do on Poshmark and this kind of power often gets people banned because of irresponsible use.

If you trust yourself to know where to draw the line with bot usage and want a bot with full automation capabilities, Closet Tools is for you. If you want a simpler solution, take the option above, as it is a simple browser extension that works on your behalf.

This bot company focuses a lot on making sure its customers avoid bans. The program is being updated constantly, as it is a favorite among VAs who promise to share Poshmark closets manually. The Poshmark Pro Tools stack has incredible features that allow you to share your closet with minimal strike risk.

These include placing random delays that make the sharing seem moody enough to qualify as human action. Pro Tools is best if you want to share to parties without even knowing the party. The keyword party share tool allows you to get free advertising without sharing manually even once.

Are Bots Allowed On Poshmark?

Long story short, no. Poshmark does not allow bots.

However, thousands of sellers (some of them very large sellers) use them daily without issues.

Bot creators understand the needs of their users and create their products to meet them. Meaning that they do their best to stay one step ahead of Poshmark’s bot-finding algorithms.

That’s not to say that using a bot is risk-free, but if you are in charge of bots actions and set them correctly it’s unlikely that you will have issues. If you are a full-time Posher, however, and don’t have any other platforms that you sell on, I wouldn’t risk it.

MyPoshBot – A Lesson In Choosing A Poshmark Bot

Before we compare the best Poshmark bots for getting more followers, you must know about MyPoshBot.

MyPoshBot used to be a significant player in the Poshmark botting space. In fact, it is still listed as one of the best by many lazy resources on the subject.

While it was on the top of the heap, its developers got lazy and did not put enough effort into updating its software. This meant that, as Poshmark upgraded its ability recognize bots, thousands of people using MyPostBot were either suspended or put into Poshmark Share Jail.

My takeaways from this are two-fold:

Because of the experience, so many had with MyPoshBot, we looked at the best Poshmark Bots through the lens of those with the best track record thus far.

Poshmark Bots are a great way to save time by automating sharing and following tasks you would do yourself. Because there are so many bots on the market that do essentially the same thing, I would go with the most commonly recommended, Closet Assistant, unless you have a legitimate reason not to.

Otherwise, it mostly comes down to preference and what company you feel the most comfortable with. I will update this list if any other Poshmark bots come on the scene but, for now, I wouldn’t look past this list.

Just remember, these bots have infinite capabilities, but if you don’t draw the line at what’s humanly possible, you’ll find yourself in Poshmark jail. Increasing your sales is good but losing your account is just about the worst thing that can happen to you as a Posh seller. So go slow and be safe. Happy selling!