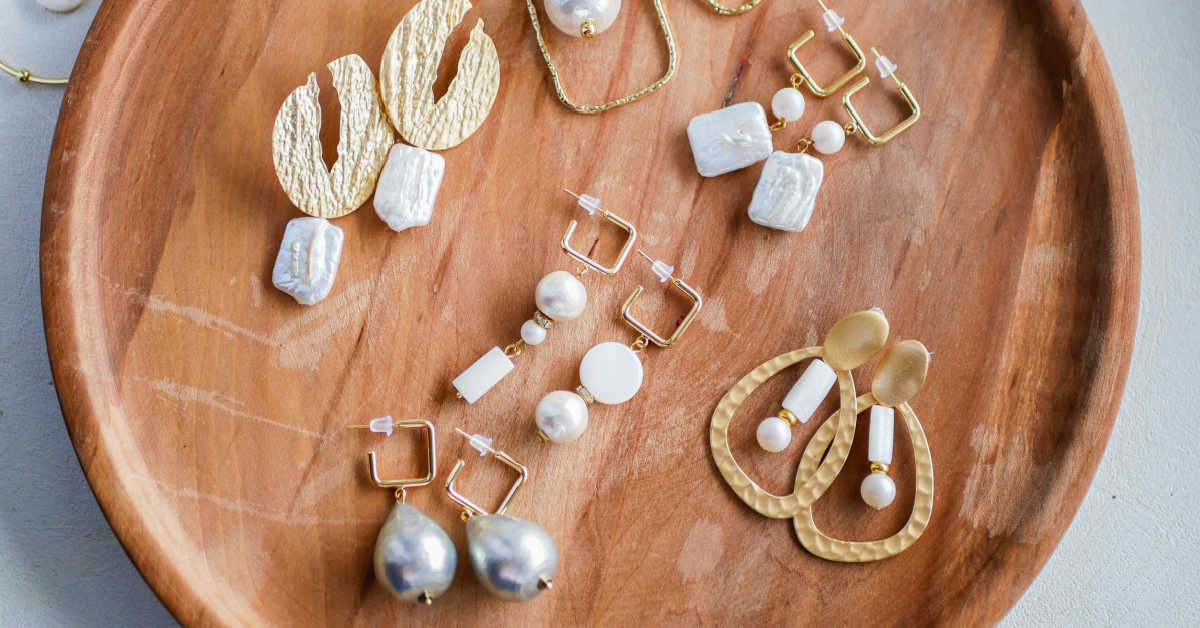 Despite selling on eBay for nearly 10 years we’ve always had a habit of avoiding jewelry.

We were put off by stories of scams, incorrectly identifying jewelry and the costs of buying it in the first place.

However, we recently bought a huge lot (20 lbs…) of unsorted jewelry from Goodwill Bluebox on a whim and were left trying to figure out the best way to resell it profitably.

So whether you’re a reseller or you have a lot of old jewelry lying around that you don’t wear, no longer fits, or was given to you by someone you’d prefer not to remember every time you see it, you might be in the same boat we’re in.

We’ve since learned that we were gun-shy for no reason and selling jewelry doesn’t have to be a big deal.

To get you started, we decided to make a list of the best places to sell your jewelry and some things you need to be aware of beforehand.

There are many good options for reselling jewelry, so I’ve decided to make a list of the top five places to sell old jewelry. Before I get into that, though,

The first step before selling your jewelry is to find out how much it’s worth. This will help you avoid getting ripped off by selling a $1,500 ring for $300 or, on the other end of the spectrum, trying to sell a $100 necklace for $400 and wondering why you don’t have any takers.

You may be able to do a Google search if you know enough information. For example, if you know that what you have is a Cartier 18K Two Tone Sapphire Double Band ring, you can search for it on Etsy, Google, eBay, or another website and see the going price.

However, if you inherited a bunch of jewelry from a relative and have no idea where to begin, you may want to get it professionally appraised, either locally or online, although I’ll get into that more in a little bit.

You’ll also want to make sure to clean your jewelry before you sell it, either professionally or by yourself at home. Unlike other antique items that lose value if they’re cleaned, there’s not really a market for tarnished jewelry.

5 Places To Sell Your Old Jewelry

There are many great online marketplaces you could choose from, but I highly recommend Poshmark because they specialize in fashion and fashion accessories.

In the same way, if I had a medical issue involving my brain, most doctors would probably be able to help, but I would prefer to speak to a neurologist because they specialize in brain issues and would be the most helpful.

It’s important for almost all of the selling venues I’m listing here, but the quality of the pictures you take is especially important on Poshmark as their users looking for fancy jewelry would be less likely to buy a poorly photographed item with dim lighting, for example.

Poshmark does charge a 20% fee on items over $15, however, the price of shipping is also included as part of that fee. As far as resale markets go, it sounds high but really isn’t that bad unless you’re selling incredibly valuable items.

eBay is another great choice, especially if you have a high-value item that could generate a bidding war between two or more interested parties. In that instance, you could end up selling the item for more than it is worth to someone who really wants it.

Unfortunately, the opposite can also be true, and you could end up selling it at a lower price than what you hoped to receive. You can negate this by putting a reserve price, which cancels the auction if the bidding doesn’t reach the minimum price you’ve set.

However (and this could just be my experience), some buyers can be hesitant to bid on items with reserves, because they don’t want to get their hopes up only to find that the seller wanted too high of a price.

If you have a large amount of jewelry, eBay might be the best overall option. We are a bit biased as we sell mostly on eBay (and crosslist onto Poshmark and Mercari) but they do have the largest base of buyers so we find the most success there. There are a dozen or so alternatives to eBay if you’re selling jewelry that is more niche but they almost all have smaller audiences.

Craigslist is a great local option if you don’t want to deal with shipping and would rather meet someone nearby, either at your house, their house, or somewhere in public, which is the one I recommend.

I have a friend who does all of his Craigslist transactions in an Arby’s parking lot because he knows it’ll be on camera and he doesn’t have to deal with having strangers come over to his house.

Craigslist has no fees whatsoever, but there’s also no buyer protection, either. If someone gives you a $300 check for your ring and then that check bounces, small claims court might be your only option.

A pawn shop is another choice but not the first I’d recommend as it is probably the lowest paying.

The amount you get will depend on the pawn shop, but generally between 25% and 60% of the item’s value for a loan or up to 75% if you sell it. Anyone who’s seen Pawn Stars has heard Rick explain 1,000 times that he as a pawnbroker also has to make money on the transaction.

You’ll get more money if you sell it as opposed to pawning it, of course, but then if you want it back, you’d have to hope it’s still in the store by the time you raised enough money.

This is one of the better options for lower to mid-priced jewelry, as some smaller pawn shops might not be willing to buy a $2,500 ring that could sit on the shelf for over a year, taking up space that could otherwise go to an item that would sell quicker.

The success of Facebook marketplace sales may depend on the size of your city, although I understand that many cities of just a few hundred people often have their own Buy/Sell/Trade groups.

If your particular city doesn’t have one, you can always join a group for the nearest city, provided you’re willing to drive there and meet them within the city limits. Some buyers might not be willing to drive 30 miles each way.

There is also a generic Facebook marketplace where items can be posted and viewed by people around the world, either in addition to a Buy/Sell/Trade group or in place of it.

Facebook Marketplace is similar to Craigslist in that it does not charge any fees for either buying or selling, but also does not offer any protection. It’s simply a platform to connect buyers and sellers that takes no responsibility to protect either party.

If you’re not too gungho about giving Facebook your business, there are other local options such as Offerup to connect with local buyers.

One last thing I want to touch on before I wrap things up is how to avoid scams, particularly on Craigslist, Facebook Marketplace, or another service that simply exists to connect buyers with sellers and does not offer protection from scammers.

One of the most popular scams to be aware of on eBay, Poshmark, and every other similar platform is the direct message from a potential buyer very generously offering to help you beat those platform fees by selling to them directly.

This is almost always followed up by asking you to send it first and they’ll pay you later. You can imagine where it goes from here, but I will spoil it and say that it doesn’t involve the seller getting paid.

For the most part, any buyer you don’t know who wants to make payments, buy it from you off-platform, or pay you after you’ve mailed it to them and they’re received the package is probably running a scam.

These are a few of the best ways to sell your old jewelry, either to make some extra cash, to avoid bringing up bad memories, or both. Each one has its own advantages and disadvantages, so the one you should pick will depend on your exact situation.

If you just need quick cash but want to keep the jewelry, getting a 30-day loan from a loan shop might be your best bet.

If you live in a small town and want to forget the person who gave you that necklace, you can avoid seeing it socially by selling it on Poshmark or eBay and hoping the buyer lives a few thousand miles away.

You’re also less likely to be targeted by scammers selling on these websites as well, although I’ve also never had any problems selling items on Facebook, particularly those of lesser quality.

People aren’t likely to scam you on Facebook with their real name tied to their profile, particularly when you both live in the same town and they know you can easily find their address.

Not matter what platform you choose, selling your old jewelry is nothing to be afraid of! Sure, you might be dealing in higher dollar amounts but, if you follow all the rules, then everything should work out find! Good luck!